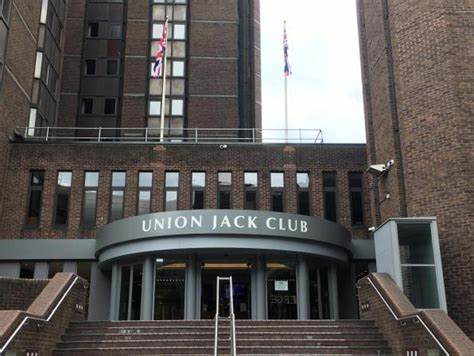 29th April 2022. The 2022 NCI Annual General Meeting took place at the Union Jack Club in London with delegates attending either in person or via a video link.

Chairman Clive Pouncey opened the meeting with a review of the years achievements before explaining the new NCI Management structure. Clive expressed thanks to Peter Lusty for his work in preparing the Annual accounts, before introducing National Treasurer Graeme Gordon who presented the approved statutory accounts, before giving a detailed review of the budget for 2022/23. He concluded with the proposal that capitation is set at £27 per head for this year which was accepted by the meeting.

Clive returned to address a proposal that a new uniform be adopted by the NCI and announced. that a working party would be set up to examine the subject of uniform in detail, enabling all stations to contribute to the decision-making process. Deputy Chairman Ian Whalley announced that, following a ballot, Clive Pouncey and Tim Colquhoun had been re-elected as Trustees of the charity. Graeme Gordon returned to the podium to explain the new SIGEX (Significant Expenditure) process that is replacing the current CAPEX system.

Before breaking for lunch, Clive read out a message from our patron, Sir Christopher Coville, who apologised for being unable to attend the meeting. After praising the work of the NCI, Sir Christopher concluded by saying he was immensely proud to be associated with the NCI.

After lunch, Trustee Stephen Hand updated the meeting on the NCI Business Plan and Strategy Program. He outlined the progress achieved so far in the six key areas of strengthening our management organisation and processes, expanding our alignment with the MCA and HMCG, expanding our coverage around the coast in areas of greatest need, implementing changes in technology to enhance operations, winning the hearts and minds of the public and to establish NCI’s role in water safety alongside our SAR partners. Stephen commented that these are long-term strategies and are making good progress towards achieving them. Stephen then introduced the Water Safety Programme and how the NCI will assist with safety advice and prevention. Stephen concluded his presentation by introducing the new Water Safety leaflets that will soon be available to stations.

Having concluded the business outlined in the agenda, the meeting moved to an open forum with many of the delegates raising questions on a range of subjects. Clive thanked everyone for attending and formally closed the meeting.